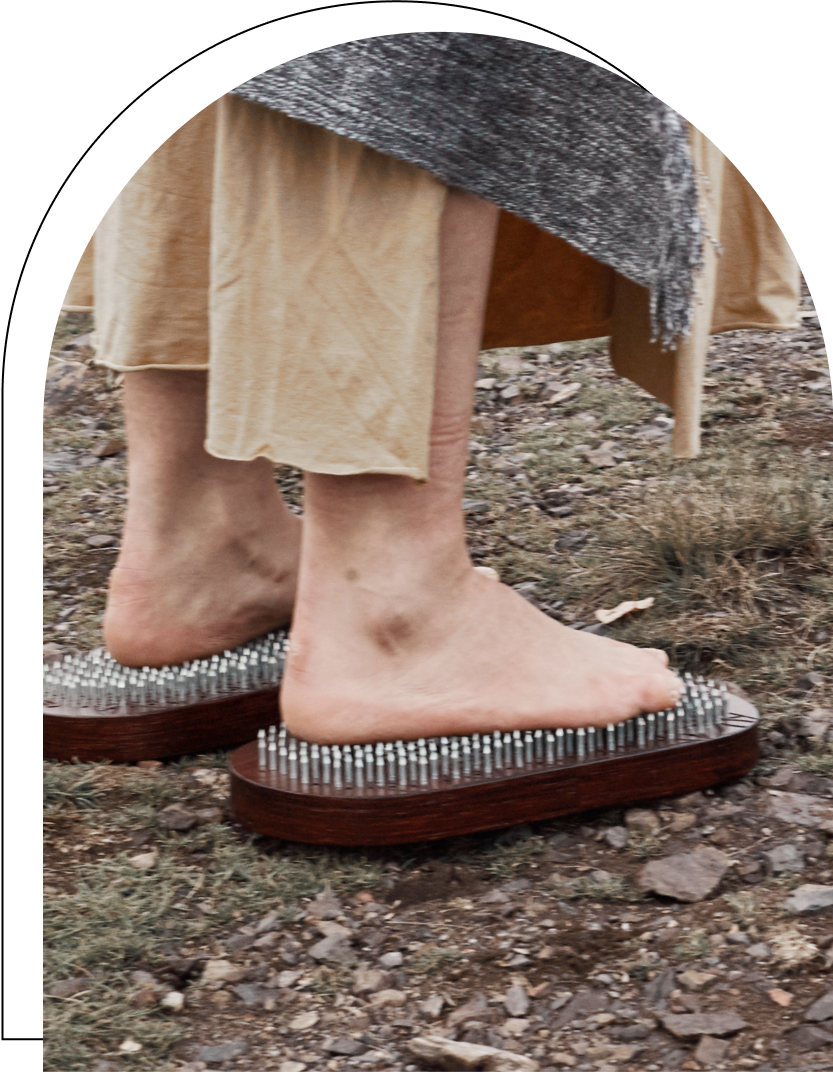 Katalog
Jak si objednat
Galerie
FAQ
Recenze
O nás
Kontakt
A Sadhu Board or a Fire board, a Yoga Desk
or Board with Nails. Different names but the essence is the same. 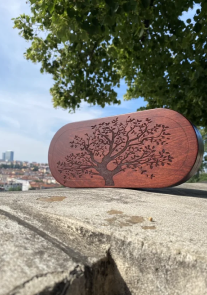 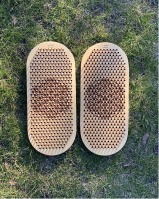 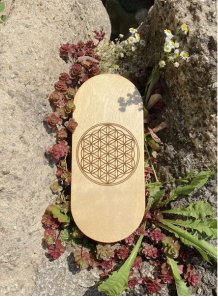 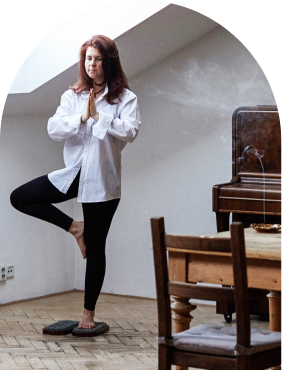 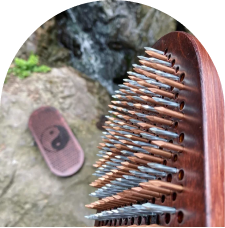 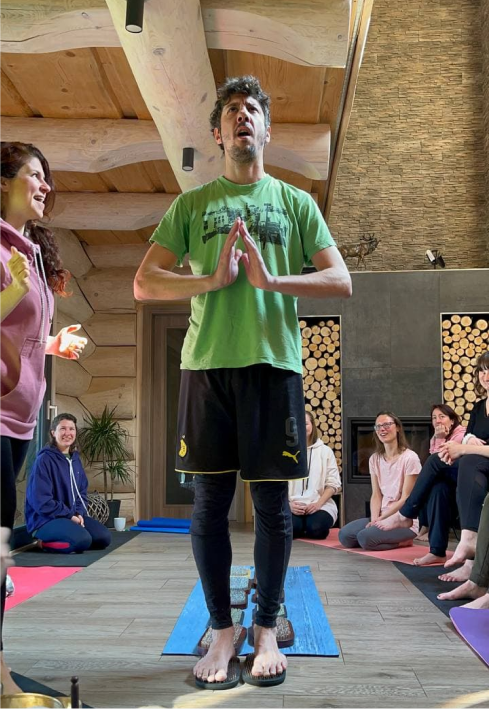 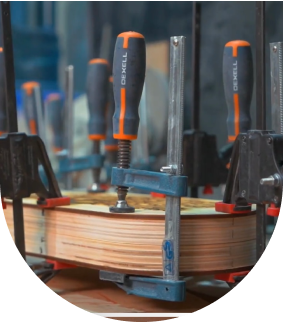 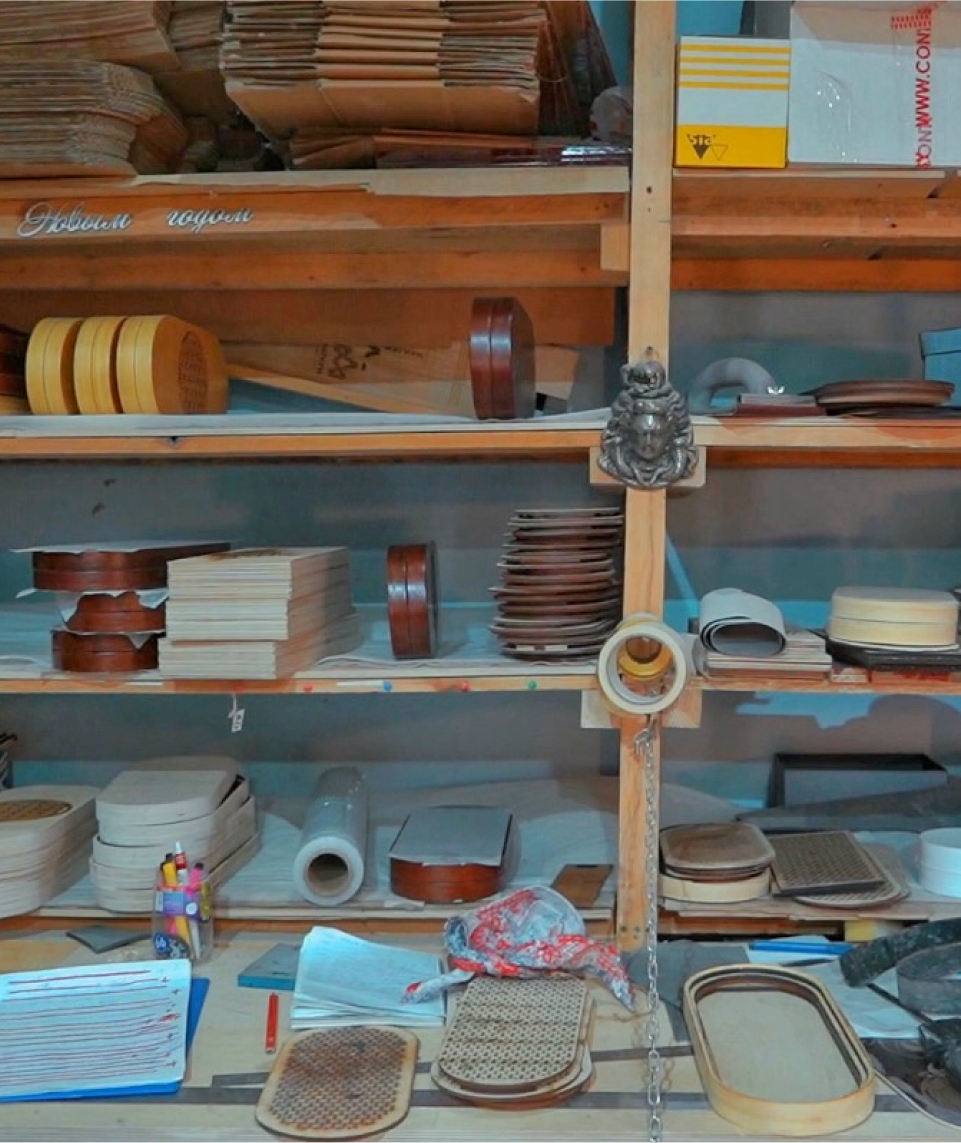 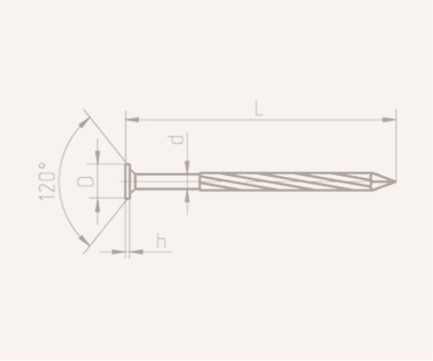 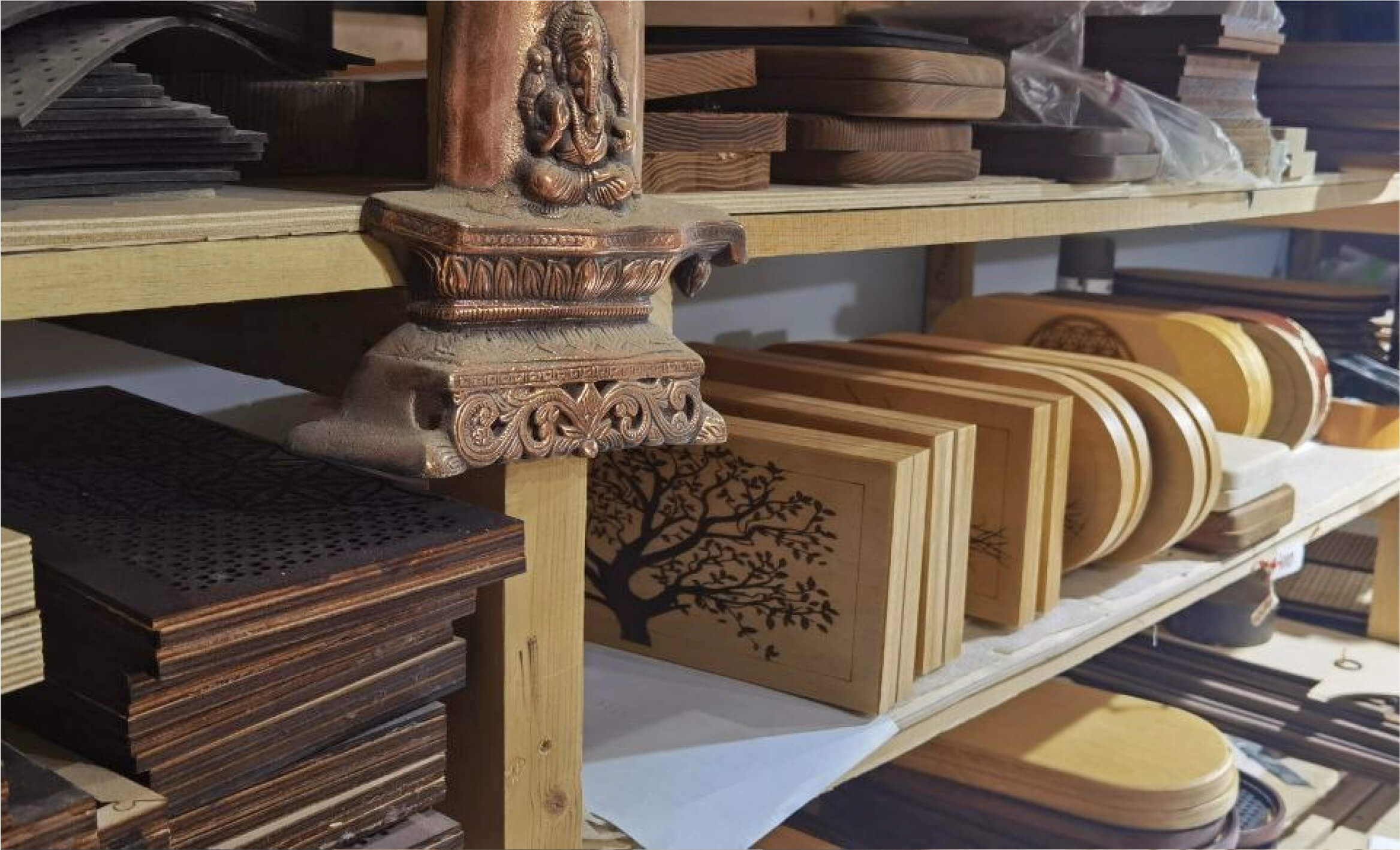 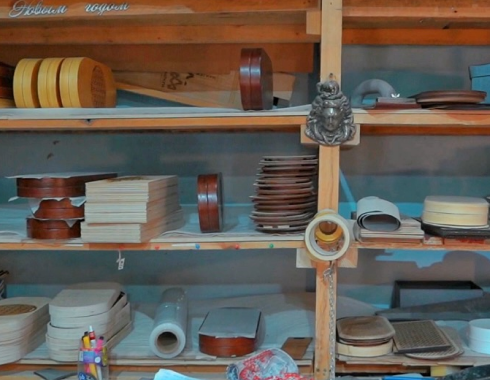 Sergey Lapin
Sadhu Master
Hello! I'm Sergey. I am 33 years old and currently living in the beautiful city of Prague.

I am sometimes called the Sadhu Master. Standing on nails and introducing this practice to others is my passion. My days are full of joy and pleasure; and most of my time is consumed as I play the role of a Father of a beautiful girl Maya, playing basketball & actively taking part in my surroundings.

I believe and affirm that the human foot is the foundation of the body. 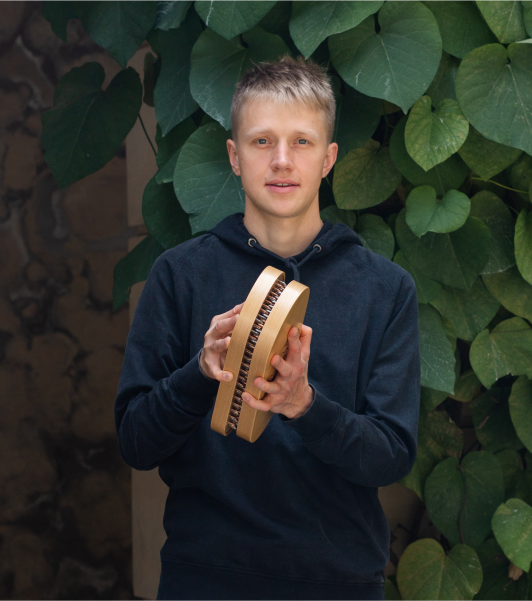 I remember how I first got up spontaneously on nails after a session on the PRAVILO simulator in Moscow. I found the Sadhu board lying in the corner. I laid out the board, stood up on the nails without any preparation and any guidance. I immediately realized that it was not a pain, but a new sensation that I met for the first time in my life. There was no desire to get off from nails (many have it). I want to note that each person is unique and everyone will have an individual reaction during first practice. Finally, I probably stood there for 2-3 minutes. I remember this moment and back then I could not imagine where this acquaintance with the practice on the nails would lead me. After a couple of months, my own Sadhu Board appeared. I started my practices with 3-15 minutes every morning on nails. Now I practice not on the daily basis. I stand on nails 1-2 times a week for 30-50 minutes and make sure I do this with a certain aim and intention.

I am a PRACTITIONER. I have not read a 1000 books. Just regular practices on the SadhuNails board + support from one Sadhu Master (Thank you Yan) brought me to the level where I am now.
The practice on the nails helps me, so I help others by sharing my experience! It was with this approach that I began to help people get up on nails in Prague and to produce Sadhu Nails boards with my team! Getting a feedbacks from a people after their first practices on the SadhuNails board, I feel like I am becoming the reason for changing people's lives for the better. And that inspires me.

Thank you all for your trust! 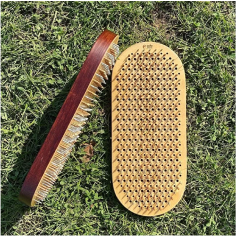 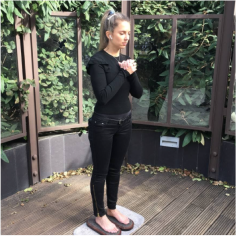 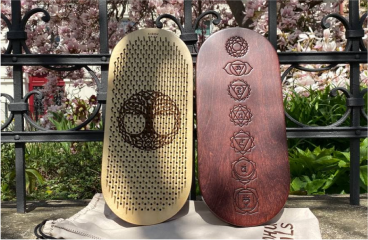 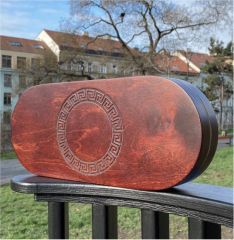 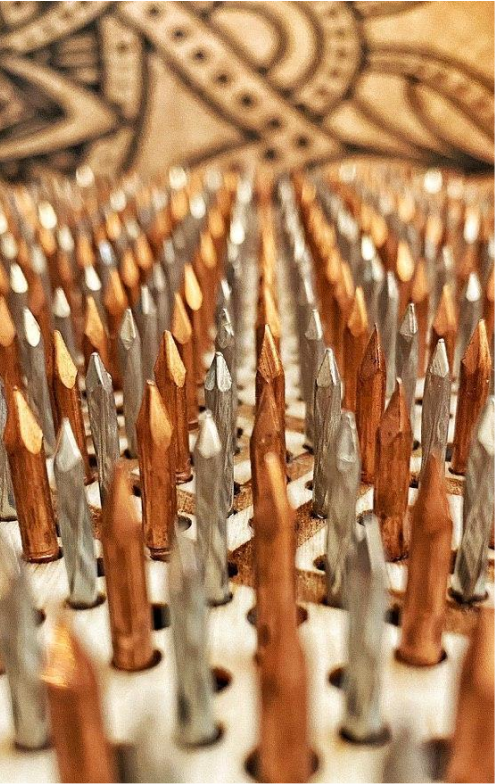 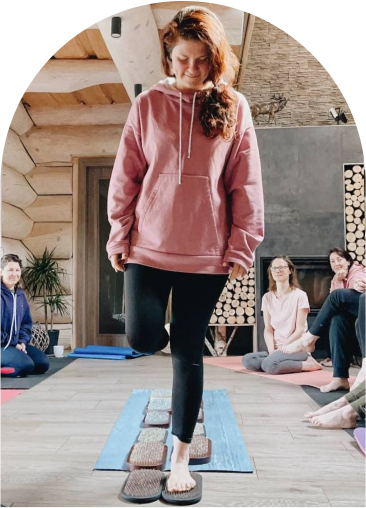 I am not sure of which board to get, 8 mm, 10 mm, or 12 mm?
Each board has a unique difficulty level, and they all have their advantages. Please consult with us through social media or WhatsApp to make the best decision.
How many minutes do I need to stand on the nails?
Every individual is unique. Start with 1 minute, 5 minutes & etc. You must start at a pace/ time which you are comfortable with. Full benefits of the nails therapy can be felt after 30 mins.
Will they hurt my feet?
Not even a single person has been hurt by the nails. The boards are scientifically designed with movable nails that prevent any kind of damage to the feet. However, any kind of misuse can result in serious injury.
What do I need to know before my first practice alone?
You will be given a complete guide before your first practice.
What is the difference between beginner's board and advanced level boards?
Every human has 100% of his energy to start the day with. It depends upon us where we use that energy/ attention.

We use some of the energy during communication, work, socializing, exercise, eating etc.

While standing on the nails. 100% of your attention will be on yourself. The nail practice is unique and helps with focus. You come in the present moment.

The "advanced" level of boards is much more powerful in bringing back your energy levels to the here and now. They remove the clamps in your body to help the flow of energy.
Will the boards give me more clarity and help me in decision making?
The boards will never decide for you, but they will bring to you the clarity you need to make the right decision for yourself.
Can the sadhu nails board cure any mental illness?
No, sadhu nails board are not meant to cure any kind of mental illness. They are instruments for your physical and spiritual well-being.
What is the difference between zinc, copper, silver, and gold nails?
Zinc nails are thinner and sharper, hence the board with zinc nails is lighter.

Copper nails are thicker and heavier in nature. Making the board heavy. Copper itself is a highly conductive metal. And it has been associated with medicinal use in India, where it is considered a noble metal.

Additionally, these metals are very potent and helpful in releasing the "static charge" from the human body.
Sadhu Nails Board & Human Wellbeing
Foot reflexology is an ancient, non-pharmacological technique which can relieve stress and many forms of pain. It is believed to have originated in China approximately 5,000 years ago.

Unlike acupuncture, foot reflexology does not penetrate the skin. It only applies the right kind of pressure at the right place on the foot. It utilizes pressure points on the soles to stimulate a change of energy throughout the body. Reflexology in general states that all healing comes from within. This practice aims to achieve this by bringing the individual into balance. Sr Mary McGlone's 'Footnotes: A Step-by-Step Guide to the Practice of Foot Reflexology' states that the healing process requires the client to come into "a state of balance and awareness in order to
allow his/her own healing mechanism to be stimulated". (Elizabeth Blunt, PhD, Drexel University, 2006)
About Foot Reflexology
Foot reflexology has proven useful in relieving a variety of problems. Taiwanese research was conducted to monitor the effects of anxiety, depression, and sleep quality in the test subjects. The study was carried out over 26 randomized, controlled trials that included 2,336 patients in total. Of course, the main goal of the research was to greatly improve sleep quality while reducing anxiety and depression among individuals. Additionally, the research was set out to further explain foot reflexology which required a more thorough analysis.

The research was highly critical of pharmacological treatments (unlike foot reflexology). It noted that such methods used to treat depression, anxiety and sleep disorders could result a "high strain on the body". Subsequently, this would lead to more undesirable side effects. It also claimed that foot reflexology does not cause any damaging aftereffects to patients under certain medical conditions. However, the research also saw that every person's body circumstance is unique. Therefore, the outcomes from foot reflexology could differ from one person to another.

Finally, the research concluded that foot reflexology may provide additional relief to adults suffering from depression, anxiety, or sleep disturbance. It claimed this form of therapy could be highly beneficial as a form of complementary therapy. It noted a reasonable improvement in patients suffering from depression, anxiety, and sleep-related problems (Effect of Foot Reflexology Intervention on Depression, Anxiety, and Sleep Quality in Adults: A Meta- Analysis and Metaregression of Randomized Controlled Trials)

Sign up today
for an introductory Practice
anywhere around the world
Take charge of your mind, body & soul 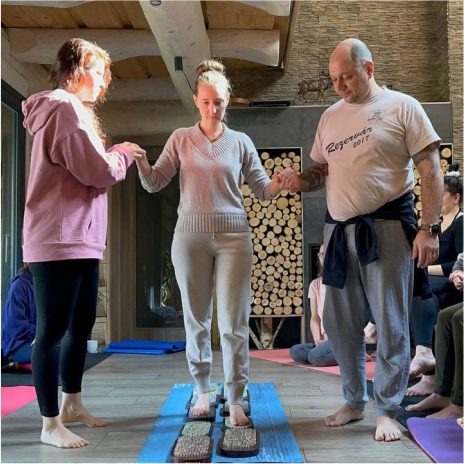 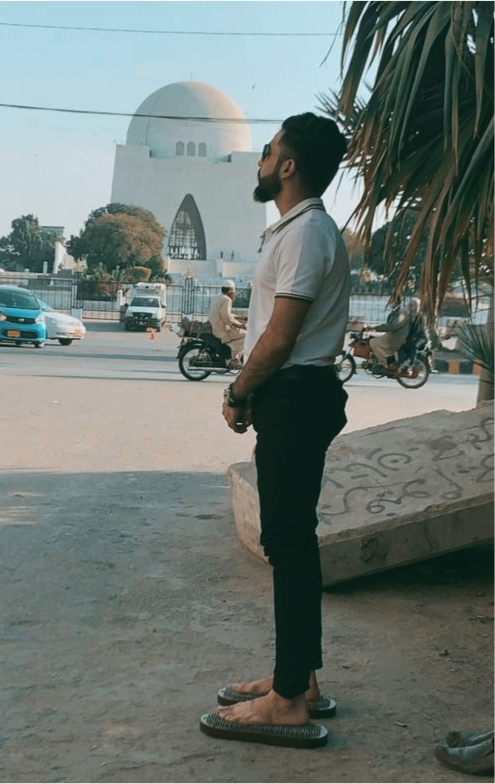 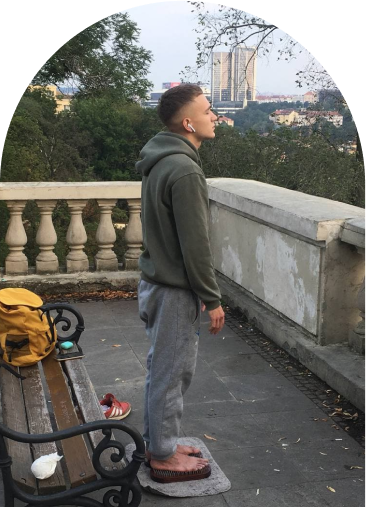 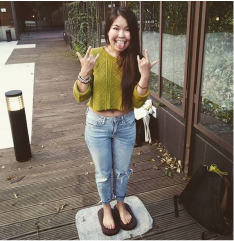 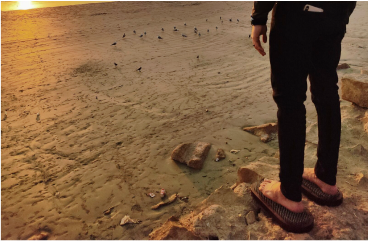 our clients
A simple, elegant and a powerful INSTRUMENT
to transform your state
of mind 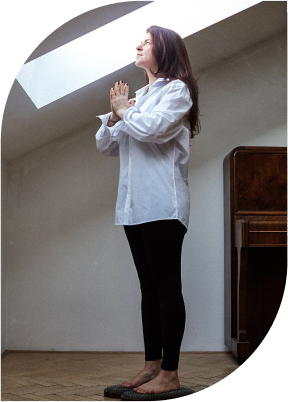 All Content and Pictures are a copy right.
Sadhunails.com – Copy rights 2022 – All rights reserved.
No photos or videos can be used for any commercial purposes.
They are for demonstrative purposes only. All of them are properties of Sadhunails.com
WANT TO BECOME A DISTRIBUTOR?
please CONTACT us THROUGH OUR SOCIAL MEDIA CHANNELS